ID-Cooling may be a new brand, but their approach to an incredibly compact gaming chassis is a nice one. The T60-SFX may be a simple chassis, but it manages to squeeze the size down until it hurts while still allowing for a gaming rig if you sacrifice a bit of comfort and cooling in return. Having a large GPU inside such a tiny case only works if one takes the space from elsewhere—as such, the most limiting facet is certainly the SFX PSU. Sure, there are some great units out there, but none of them come cheap. A similar answer can be given when it comes to the CPU cooler, but the search for one is easier and offers more variety.

Overall construction quality is good, but seems to be lacking a bit of finesse. While the choice of fairly thick aluminum panels is great, the slight wiggle room between pieces is not. ID-Cooling could have invested a bit more thought into this aspect to give the chassis that ultimate feel of quality. However, considering that the company is only just now entering the space and the price is adequate, it should not be a deal breaker for most.

Last, but not least is the issue worth mentioning: the T60-SFX's simplicity. ID-Cooling made sure you can install all the parts within the case for a fully functional system, but the approach is quite simple, lacking that attention to detail. This is by no mean a deal breaker, but results in some shortcomings, like the missing dust filter or the unused space on the floor. Even if you do not mind those shortcomings, the missing audio I/O could definitely end up being a bigger issue to some.

Overall, the ID-Cooling T60-SFX is certainly a nifty little chassis, which has turned plenty of heads when it was announced. For the price it clocks in at, it may be a bit too simple for some, which is also the reason it did not end up getting an award. But those who want the tiniest gaming system money can buy should certainly take a look at the T60-SFX as there is very little out there to pit it against when it comes to size. 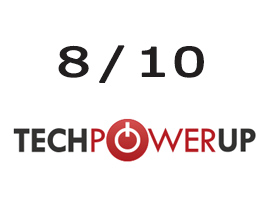